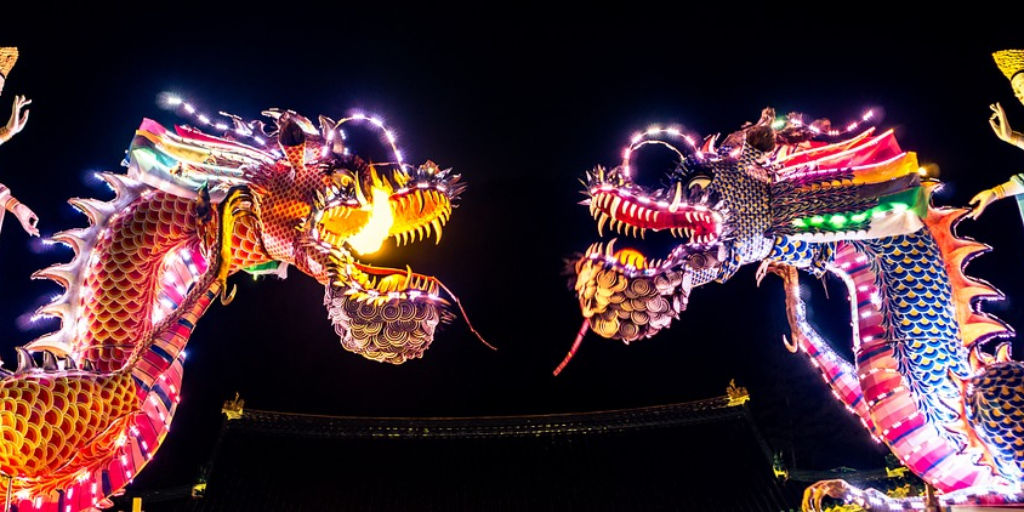 The West’s Faustian pact with autocratic China is entering a very challenging phase and the timing is not without historical irony. Exactly fifty years ago Chairman Mao officially ended the disastrous Cultural Revolution initiated in 1966. That negative assessment is not just an outsider’s view; the Communist Party of China in 1981 stated that the Cultural Revolution was “responsible for the most severe setback and the heaviest losses suffered by the Party, the country, and the people since the founding of the People’s Republic”. The human cost was less explicit but is estimated at up to 2 million deaths. Fast forward to today and we are beginning to see headlines about “culture wars” involving China but this time the costs are more likely to be massive commercial damage. And not just for China.

By now readers are familiar with the ongoing trade war between the US and China which is entering its latest round of negotiations this week. By all accounts it’s not going very well, a not unfamiliar experience for the cult followers of the Orange Toddler and “The Art of The Deal”. However, Trump’s take on the US relationship with China is one of the few policy areas where there is unanimous support across the domestic political spectrum for his view that China’s increasing commercial power and influence is negatively impacting US interests. Of course, Trump only sees the impact in dollar and balance of trade terms but US corporations are suddenly having to deal with a much more thorny issue; compromising their corporate values in order to protect commercial interests in Chinese markets. That was never in the Western capitalist play book.

The consensus view among corporate capitalists was that the opening up of Chinese markets would deliver two big wins. Firstly, vast profits would be made from a billion plus population re-entering the global consumer market for the first time since 1949. Second, the assumption that, over time, Western values would be adopted by China and dilute the less palatable aspects of an authoritarian police state. Events of recent weeks would suggest the second assumption was very wrong which now threatens the correct commercial predictions. Just ask the National Basketball Association (NBA).

Basketball, an American sporting staple, is now massive in China with an estimated 800 million fans or more than twice the entire US population. The commercial impact of that following is enormous in the context of TV rights and sports merchandise but now there’s a culture cost. The NBA has a reasonably well earned reputation for more progressive values compared to other US sports franchises like NFL(anthem kneeling) and MLB(political silence) but this week that reputation suffered badly.

A tweet by Houston Rockets’ manager Daryl Morey in support of Hong Kong protestors triggered a firestorm from Chinese partners threatening lucrative TV and merchandise deals. The NBA responded with a craven apology for “hurt” caused to Chinese fans which rightly earned criticism in the US. Then there was a further communication making clear that there would not be an apology for the actual communication by Morey citing the NBA’s values of “equality, respect and freedom of expression”. The situation is still in flux and it’s possible the strength of the NBA franchise and lack of domestic alternatives will allow emotions to take a back seat eventually.

However, the genie is out of the bottle as indicated by the following corporate examples:

Information is power. Control of information is critical for authoritarian regimes and probably price insensitive as a survival tool. Therefore, it is possible the greatest commercial impact of the culture clash with China will be in the largest US commercial sector of them all, information technology. China is determined to maintain its “Great Firewall of China” which forced Google to give up its operations in the country as far back as 2010. Not for the first time, Google may have moved strategically earlier than most. The information strangle exported by China right now on corporates is merely the beginning of a major clash of values.

At a more technological level the potential exile of China IT champion, Huawei, from the global IT eco-system could be the precursor to a “Digital Iron Curtain” being pulled across the Asian continent. Chinese companies like Huawei may have to develop their own internet protocols/platforms in a 5G world. This can only be commercially damaging for all companies and countries and might not stop at technology. Companies in the consumer space which have made huge profits in China will be torn between brand values and China profits. Both have a monetary value so a compromise will entail significant franchise valuation impact.

One fears that developments in Hong Kong are poised to quantify that damage quite soon as corporates discover they traded their values for profits when Deng Xiaoping opened the door in 1978. Reversing that trade will be painful for companies, but probably triggered by far worse human suffering in Hong Kong.