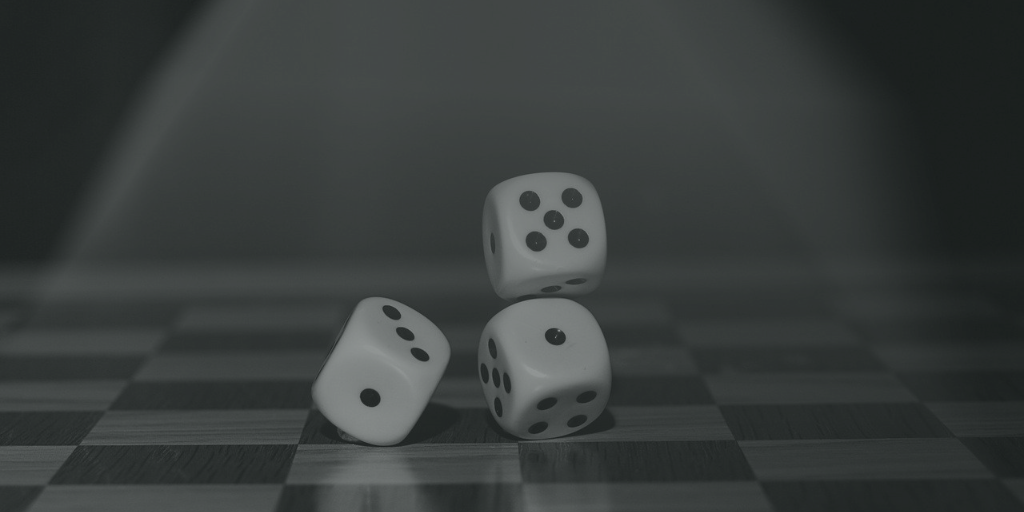 In the London office of KPMG they might tell you to “stop moaning”. Perhaps we should. Vaccinations are coming, efficacy rates are great, schools are opening up again and spring is in the warmer brighter air. And yet, frustration is growing with a perceived lack of government urgency in returning the country to a more normal level of social and economic activity. I never thought I’d write this but my sense is a major driver of governmental sclerosis is money. No surprise there. But what if I said it was easy access to money rather than the lack of money? First, let us confirm the perception as a data reality in the following graphic (Source: Oxford Coronovirus Government Tracker) showing Ireland topping the European charts in the number of days in lockdown: 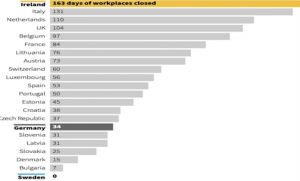 Lockdowns cost money, lots of it. Last week we mentioned that high-risk companies were raising debt (junk bonds) at all-time low interest rates. Governments, thanks to central bank support, are even luckier with borrowing costs close to zero or better(negative rates). In fact, Ireland is doubly blessed as the only European country to actually achieve positive GDP growth in 2020. Very large multi-national tech and health sectors do help. Lucky us.

But, I’m not so sure of luck over the long run. This may sound odd, but one wonders would our government show a bit more urgency and innovation if funding was a little tighter? The government is tasked with dealing with both a public health and an economic crisis. Very difficult but in recent days I am reminded of those famous words of Ronald Reagan – “The nine most terrifying words in the English language are, ‘I’m from the government, and I’m here to help’. ” The following government actions or inactions could come back to haunt us.

1. The government has announced an extension of social and economic lockdown until April 5th but has assured us “the end is truly in sight”. There was specific mention of new virus variants as additional reason for caution but no mention of shutting airports and borders. Is it just easier to lock us up?

2. As we approach one year anniversaries of pandemic lockdowns recent reports suggest NPHET have told the government additional lockdown periods are necessary until hospitals begin to reduce record patient waiting lists. Despite a wall of debt funding available to government, it would seem the Department of Health and the HSE has failed to upgrade our hospital capacity or staffing levels. Back in October our “No Funding Limits As Lockdown Bites” article made pointed reference to the lack of HSE planning for a “consistent spike in non-Covid hospitalizations through the winter months…EVERY year”. Is the government calculation that business owners are more capable of shutting businesses than the HSE is capable of delivering a public health system which is fit for purpose?

3. The SME sector employs one million people. It is the crippled arm of our K-shaped economic recovery but the government seems incapable of articulating an effective capital support strategy for SMEs. There are lots of supportive words, even credit guarantee schemes, but the dogs in the empty streets know there is no real urgency to bring new thinking to the crisis. The draw down statistics on the SME Credit Guarantee Scheme are damning; in the last update, just over 10% of the €2.5 billion of “available” funding had been taken by SME companies. Where is the government curiosity on this disfunctional support scheme?

4. The government is a significant shareholder in two of our three pillar banks, AIB and PTSB. And a fourth big SME player, Ulster Bank, has just thrown in the towel. Competition is now a quaint concept for business customers. Recall those Reagan words and wonder why Irish mortgage rates are double the European average. It is even worse for SME customers. A Central Bank report in October showed Irish businesses were lumbered with borrowing costs more than two and a half times the euro area average (5.03% vs 1.90%). After Ulster finally says “NO” what price will businesses pay for a government-owned “Yes”?

The Ulster Bank exit also provides a window into the out-dated thinking being applied to business banking. Latest reports suggest government owned AIB will buy/take over the €4 billion Ulster Bank commercial lending portfolio. Think of a world embracing the efficiencies of digital platforms, artificial intelligence(AI), remote/cloud computing and data science. Now think about the number of staff it is suggested are needed to accompany that portfolio of loans to AIB……. 300. The mind boggles. Yes, government is scarred by the 2008 financial/banking crisis but it is possible to re-invent our banking sector. A fresh(no legacy loans) well-capitalised national digital business bank operated by the best tech-savvy banking experience would be a really good start in breaking our customer-crushing image. It can be done.

Check out France, the home of recently split dance duo, Daft Punk. Some might not even know they were French. Here’s a few other things we may have missed about France in recent years. For most of my financial services life French stocks have failed to excite most fund managers – 30 hour work weeks, state-intervention and tight relationships between the national champion firms are often cited. Sounds like Reagan’s most feared form of government help. But look again, as Bill Blain at Shard Capital has done, and you’ll find there are more top 500 global companies in France than any other country in Europe. Blain thinks fund managers are missing a trick; “France could be on a roll. It has reasons to be. There are over 1 million trained engineers, 13,000 AI researchers and almost 60,000 French PhDs – all of them as dedicated to beating les Rostbifs in business.”

France has a plan. We don’t and there’s a growing sense that difficult government decisions are being put on the long finger as a hope strategy. Hope is not a strategy. And there’s some cautionary signals coming from global debt markets. Government needs to move quickly as the “Get Lucky” period of low interest rates won’t last forever. The FT headline today highlights growing debt market concerns – ‘Bond investors suffer worst start to year since 2015”. Let’s hope bond markets this time inspire some constructive urgency rather than 2008 destruction. The government need to remove the pandemic helmets and apply modern solutions to our healthcare system and SME funding. Pandemic excuses and easy money will probably end. Public anger will not. 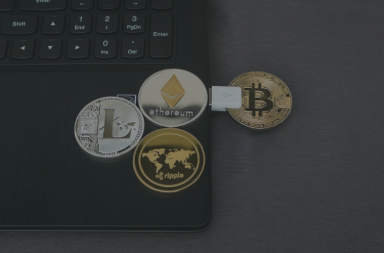 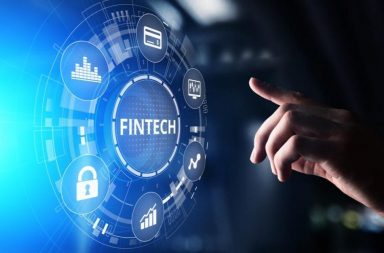 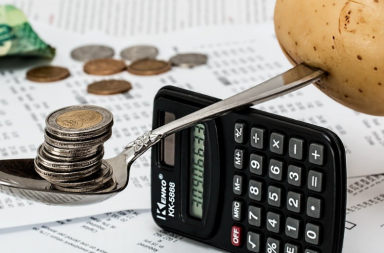 Knowing Me, Knowing You… A-Ha!