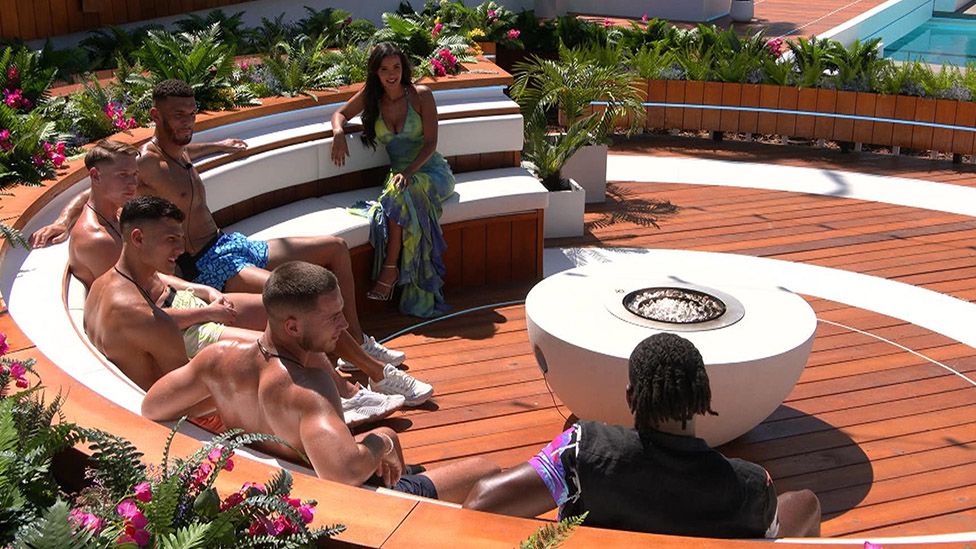 My genetic weakness for celebrity-following often invites deserved ridicule. How could the World Economic Forum(WEF) in Davos and ITV’s Love Island dating clown show both be on my observational radar? Actually, who cares? The nonsense gap between the apparently influential WEF elite and wannabe reality TV influencers closes rapidly by the day. Arguably, political and corporate leaders have parked the “influence” card and settled for vacuous media profile instead. Leadership in terms of action and words of truth are in dangerously short supply. How else can the elite political and corporate leaders of the US and UK seeking Davos media screen time do or say nothing about ‘zero shame’ (or tax) Zahawi, Cruella ‘Holocaust’ Braverman, Marjorie ‘Traitor’ Green or congressman ‘Inventing’ George Santos(aka Kitara Ravache or Anthony Devolder) ???? The news of New Zealand’s prime minister, Jacinda Ardern, stepping down this week merely highlighted the acute shortage of straight-talking “nothing left in the tank” leadership in the world, and yet I’m optimistic. More intriguingly, it’s the Love Island viewer generation who have spotted the leadership truth crisis and have chosen to lead themselves. Consider the following developments….

Female Health: In light of the shocking revelations of the non-policing of serial rapists within the London Metropolitan police force one could add “female safety” to this section. However, that scandal is only developing and one suspects actions for reform will be more drastic than the “partygate” police force anticipates. We need to go to Kansas to dream, and act. In a vote in August 2022, this strongly Republican state swung massively against constitutional change to restrict abortion access rights. November mid-term elections nationwide further defied Republican ‘red wave’ ambitions with President Biden’s Democrats achieving the best mid-term voting results by any incumbent party in decades. Given economic and cost of living struggles in 2022, it is no great surprise that the intolerant Taliban wing of the Republican party is being blamed for voter flight. Votes count.

Brazil: Yes, the votes in the December Presidential election did count. Florida hideaway, Jair Bolsonaro, tried the Trump election denial playbook but the storming of Brazil’s government buildings on January 8th ultimately failed. Why? Brazil’s military, despite perceptions of Bolsonaro leanings, refused to get behind the protestors. Judicial action has been significant too. One of Bolsonaro’s key allies and former justice minister, Anderson Torres, was arrested on his arrival back in Brazil from….. Florida. And, arrests connected with the attempted coup have passed the thousand mark. This push back on right wing election denial and swift judicial pursuit is encouraging news for all defenders of democracy… unless you live in Mar-A-Lago.

European Gas Consumption: The MAGA fanatics in the US have seized upon gas stoves as their latest war against “woke”. One would hope some day that a significant proportion of this cult will finally realise that none of critical race theory(CRT), unisex toilets, vaccinations, masks, cleaner energy, immigration or gun control are responsible for their unique positioning in the developed world; a stunning 3 year drop in US male life expectancy since 2019. Meanwhile, in Europe as a response to another fascist bullying attempt, gas consumption has collapsed by 20%. Yes, the warm winter has helped but Mad Vlad’s gambit that a hellish winter would force Europe to drop its support for Ukraine has triggered a remarkable shift to new suppliers, new fuels and more disciplined consumption at an individual and corporate level. With gas reserves above 80%, and winter days growing longer and brighter, Putin has accelerated Russia’s trading and military decline by decades, even generations.

Brexit: Jacob Rees-Mogg has resorted to “generations” too. Except, in his case, he’s trying to sell the non-existent benefits of Brexit. Jacob as one of the chief charlatans of the Tory trade suicide squad is currently promising ethereal Brexit benefits to “future generations”. To today’s voters that might sound like “not in our lifetime”. So, watch this space as UK voters begin to shift views far quicker than their leaders, Tory or Labour. In fact, read the Daily Telegraph, the former Brexit champion, now leading with headlines and editorial comment dripping in remorse….

And saving the best for last…..

“If the first elephant in the room is that Brexit’s days are numbered, then the second is that the Conservative brand cannot possibly survive such an ignominious outcome.”

The business surveys and official (OBR and BOE) figures make it very clear Brexit is an economic own goal of criminal fraud proportions. And, despite political deer-in-headlights denial by both Conservatives and Labour, the Telegraph is definitely following, not leading, its readers. Polls by right-wing Brexit cheerleader, GB News, show that 55% of its own viewers would now vote against Brexit. As for future generations, how about a poll of polls showing a whopping 79% of under-24s would vote to re-join the EU. Nicely done, Jacob.

The Wealth Gap: The future is luxury. Well, it is if your products are liked by the Asian middle-classes who will be two thirds of total consumer spend by 2030. This week luxury handbags and hooch giant, LVMH, announced a leadership/succession change and reached an incredible market value of $800 billion. So, all is good in the world of luxury? Yes, and no. A new report by Oxfam is receiving an uncomfortable amount of coverage if you’re one of the 1% and dancing in Davos. Of the $42 trillion new wealth created since 2020, just the 63% of that accrued to the richest 1% of the population. In the UK, circa 700,000 individuals(1%) are worth £2.8 trillion compared to 48 million UK subjects worth a total of £2.4 trillion. Unsurprisingly, the Tory government is losing in the PR battle over striking nurses, train workers, ambulance drivers, teachers etc. In contrast, popular support for the strikers remains robust. What is even more surprising is the Tory line that the past 13 years of  Tory(!) government mass-wealth repression and economic vandalism is Labour’s fault!! The UK is the most egregious example of elitist denial but closer to home there are worrying signs of complacency. Ireland is supposedly the GDP growth poster-child of Europe, and all advanced economies. However, the polls say left-wing Sinn Fein will win a general election by a distance. Apparently, things like housing and healthcare count with voters. You know, the real things…..

The political and corporate elite might be dismissive of the younger generation’s love of reality TV and social media screen time. But, who’s really living in la-la land? And, who’s doing the voting? Maybe just wait and watch for a coupling of truthful answers and leadership in Davos. Sounds about as ridiculous as….. 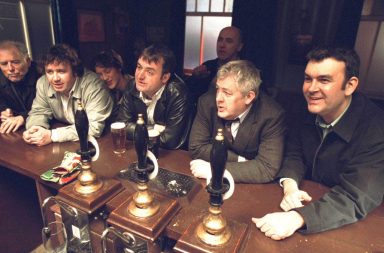