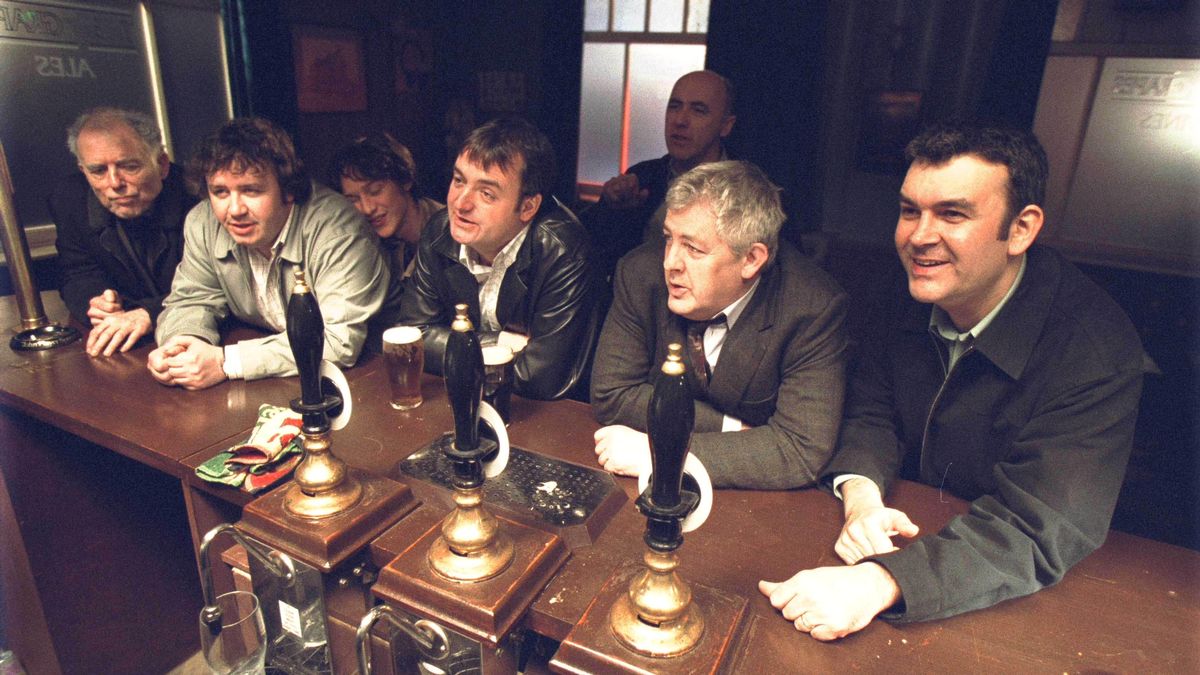 In a week where we lose a Presley and a Beck one could be forgiven a little nostalgia. Where better to indulge the emotions than to watch a BBC re-run of the hugely under-rated “Early Doors” comedy which was first broadcast twenty years ago. The cameras never leave “The Grapes” hostelry in Stockport, absolutely nothing really happens but all the little razor-sharp observations of northern English life and its characters still manage to bring a warming effect to the viewer. That warming detail can happen in the commercial world too. Editorial feedback on our recent article “Four Pictures To Develop This Year” was that we did well to come up with four themes given there’s very little new happening. And yet, I’m seeing lots of little “scores on the doors” in these early 2023 days which could warm up investor outlooks in the face of the “most predicted recession ever”. First, let’s follow the money rather than the commentariat opinion pool which never requires an entry fee…

Last year was unusual in that both stocks and bonds fell in price by double digit percentages as rising interest rates and inflation did their wealth destruction thing. So, you might think investors would be nursing wounds and continuing to reduce risk exposure. Ehhh, not quite. If you thought technology was suffering an investor ‘winter’ then check out the tech-heavy Nasdaq stock index booking 5% gains in January alone. It’s not just a technology comeback. The Brexit-broken UK still has a functioning stock market and the FTSE 100 just hit a 4 year high but surely Germany has been crippled by its disastrous Russian gas dependency? Again, the headlines haven’t changed but it’s the little things that count. The German blue-chip stock index, the DAX, is now in a “bull market” after a 20% bounce and was less than 9% from its all-time highs earlier in the week. Oh, and German imports of Russian gas have evaporated from 60% of total gas consumption 18 months ago to zero %. French stocks have also entered a 20% bull market phase and were just 6% off all-time highs this week. Thankfully, most asset classes (emerging markets, gold, debt, even crypto!) are on the rise but crucially, other prices are falling.

Inflation might have been the buzz word of 2022. Arguably, the US Fed has been the most aggressive inflation hawk of all central banks but the US inflation data (CPI) in recent days showed a distinct change of pace, even direction. At a headline level the ANNUAL inflation rate was close to expectations but, for direction of travel, it was more instructive to look at the month-on-month inflation rates excluding costs of shelter(these costs lag by many months). That ex-shelter number was negative for the third consecutive month and is now only up 4.4% year-on-year. And, pricing falls are not just a US phenomenon. Global food prices dropped 1.9% in December from November and marked the 9th consecutive month of decline. Those little things like food, fuel and freight/container costs(Baltic Dry Index) are now all lower than they were prior to the invasion of Ukraine. Of course, prices falling everywhere and fast is not a great thing. It might even be recessionary. However, despite the perception that 2023 contains very few new themes we continue to watch a regional shift.

The reversal of zero-Covid policy and the opening up of China is already boosting copper and iron ore prices but there’s another Asian player to watch too. India not only becomes the most populous nation on the planet in April but has also moved into 3rd place globally for creating billion dollar companies, aka unicorns. In 2022 India accounted for a 6.7% share of new global unicorns(source: CB Insights). Only the US and China create more unicorns if you exclude Jacob Rees-Mogg’s Brexit promises. Indeed, if we were to pursue Rees-Mogg nostalgia for Victorian times as a potential glimpse of the future please note that India’s current GDP growth rate of 7% has a long way to go to reach the 35% of total global GDP achieved before colonization. In reality, India doesn’t need to recapture that degree of economic influence to significantly impact global growth over the next decade. For further context, consider more recent history. India is effectively at the same GDP size as China was in 2007 ie fifteen years behind. The current Indian GDP of just over $3 trillion might be a little detail in an $80 trillion global economy but what if it was $11-12 trillion? That’s where investment bank, Morgan Stanley, believe India will be within a decade and would equate to the size of the EU economy as recently as 2015!

Finally, if one were to expand our nostalgia for the early 2000s there is an additional little detail which resonates with today’s financial markets. The technology sector is revisiting TMT meltdown levels of despair and valuation declines but recall that back in 2000 (prior to meltdown) there was another sector experiencing a total buyers’ strike. That was the mining sector which could have been purchased on multiples as little as 4-5x cash flow. Note, those were not revenue multiples! So, news of the discovery of first-ever sizeable rare earths deposits in Europe(in northern Sweden) this week did prompt some thought and a reminder that the mining sector looks potentially very undervalued compared to a global economy engaged in a race for clean energy survival powered by batteries. Those batteries need metals, and need mining. But…. the entire global mining sector is valued at circa $2 trillion compared to an $80 trillion global economy. Given future technology(batteries) and mining(lithium, nickel, rare earths etc) are inextricably linked does it feel right that the global mining sector has roughly the same valuation as just one tech company, Apple? In fact, the US tech sector has a market capitalisation north of $14 trillion or 7 x the mining sector. Is it too nostalgic to suggest it is early doors in the battery revolution and worth digging further to investigate what the score might be by 2030?

Money never sleeps, it is always on the move. To presume there’s not much new happening feels more like “The Grapes” than the real world. Keep digging for the little things, the opportunities or, as Nige the policeman in “Early Doors” would say, “Crime won’t crack itself”. And… laugh.