Equity Crowdfunding Platforms - Keep an Eye on the Ladies!

The female wallet is expanding rapidly and this could be very good news for equity crowdfunding platforms.

Recent reports on the $35 billion divorce settlement between Amazon supremo, Jeff Bezos, and his ex-wife, Mackenzie, may have supplied eye-catching headlines but this merely scratches the surface of a seismic global shift in the history of human wealth creation.

The paper “The (Financial) Future is Female” published by S&P Global Intelligence to mark International Women’s Day in March 2019 details a doubling of female wealth in the 10 year period to 2020. For tabloid headline context the addition of $36 trillion in female controlled wealth equates to the creation of a $900 billion Amazon franchise every 3 months!

The influence of female investors and entrepreneurs is growing rapidly and is very evident on the Spark Crowdfunding investment platform with a significant 28% representation in total investor registrations.

For equity crowdfunding platforms this should be considered a very positive development for the valuation process in a fundraising campaign.

Ultimately, valuations reflect risk and it would appear female expertise in this area has been recognised earlier than perhaps other activities in financial markets;  a compensation survey by Risk and Insurance Management Society revealed that women are compensated highest, relative to men, in risk management than nearly any other field.

To be clear, this writer is not an advocate for gender-superior skills in risk rather that male and female approaches can be different and, in combination, more effective. Interestingly, the Peterson Institute for International Economics surveyed more than 20,000 companies in 91 countries and found that firms were 15% more profitable where more than 30% of C-Suite leaders are women compared to similar firms with no female leaders.

An enhanced investor pool is good news for companies looking to raise funds but there is an equally important benefit to crowdfunding investors seeking returns on their equity.

The integration of  environmental, social and governance (ESG) factors into investment processes and decision-making is now firmly established.

Today ESG investing is estimated at over $20 trillion and is based on the assumption that ESG factors have financial relevance.

In fact, the original ESG study published in 2005 was titled “Who Cares Wins” and this aspiration has received a massive boost from demonstrable superior returns from investment strategies using ESG factors.

Research from Axioma has shown investment  portfolios weighted in favour of companies with better ESG scores have outperformed benchmarks by as much as 2.43% in the four years to March 2018.

In the context of “The Great Wealth Transfer” occurring right now it is not unreasonable to expect companies scoring highly on Social factors involved in gender equality, workforce inclusion and female health to be the likely recipient of  influential network endorsement and funding from female wealth sources.

Spark Crowdfunding has already successful completed two fundraising campaigns with female founders focusing on the healthcare space and there is no doubt there will be many more companies who will score strongly not only in ESG terms but also offer the possibility of strong equity returns for investors.

Very few investments turn out to be Amazons but it is worth recalling Amazon started out commercial life in 1995 as an online bookstore, just the three hundred and fifty years after the first documented book clubs.

Whoodathunk a book retailer would evolve into a trillion dollar franchise?!  Then again, what are the chances investment pitch books from equity crowdfunding platforms could be the time-friendly texts of the future to discuss with a cheeky bottle of Pinos Gris and avocado humus……? 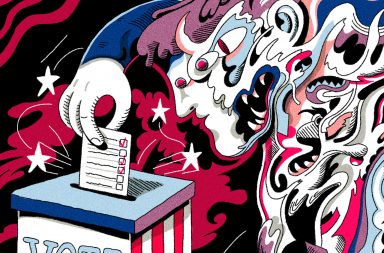