Fuel For Thought for Aramco... 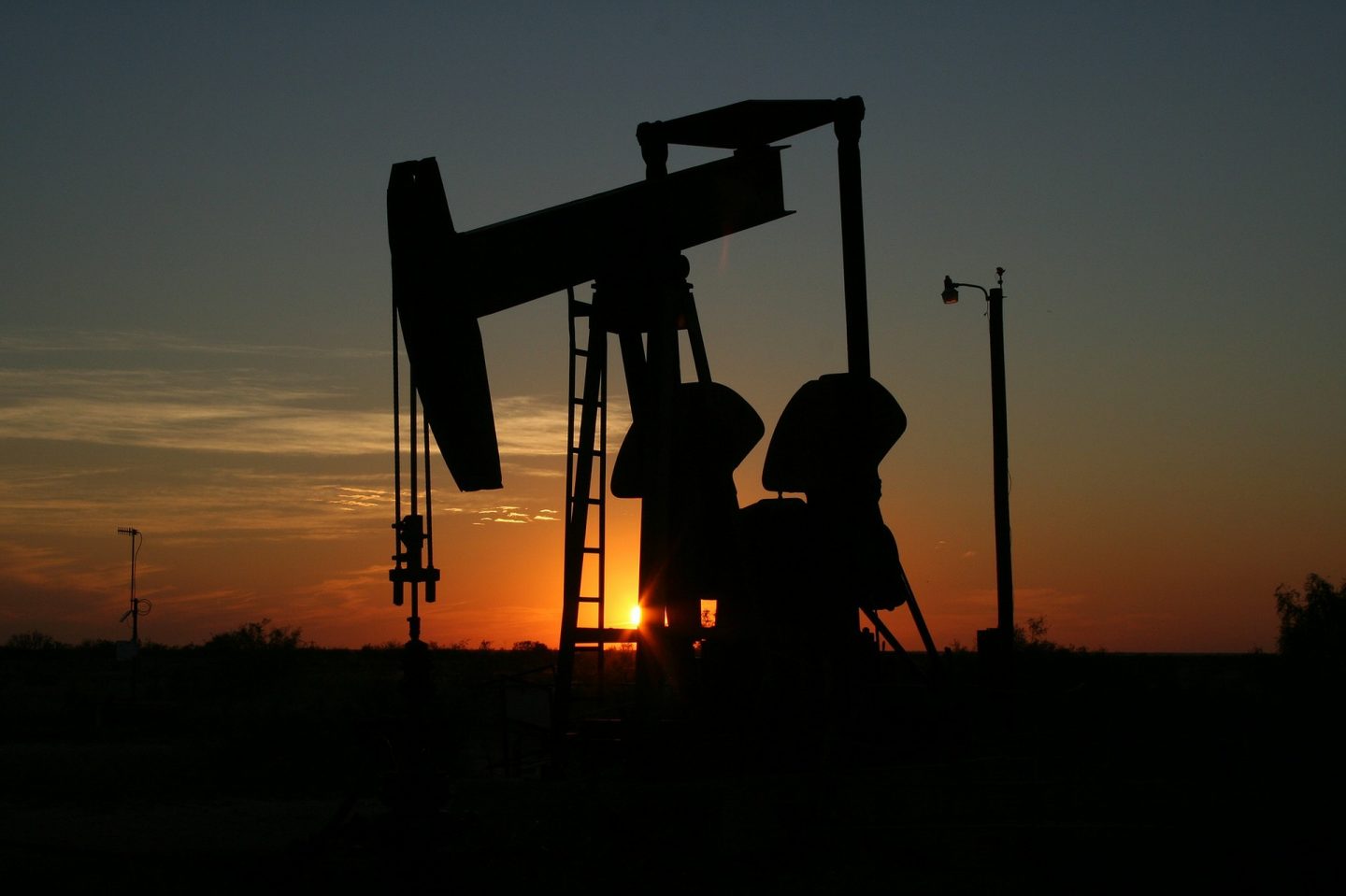 Well, well, well. It appears oil wells are no longer the stuff of bankers’ dreams. For a fleeting moment this writer almost felt sorry for the investment bankers who had to meet with Crown Prince Mohammed bin Salman’s officials in Riyadh at the weekend. The message the bankers had to deliver over the whirring of bonesaws was not an easy one. The crown jewel of Saudi industry and national oil champion, Aramco, was due to embark on a series of investor roadshows around the world this week to sell shares in its planned December IPO. However, there was a small flaw in the plan.

Despite the efforts of the 25 banks employed in the selling syndicate there was almost zero international investor appetite for shares in Aramco at even reduced valuations. The awkward advisory report delivered was that there would be no international roadshows and that the only likely interest was in Saudi Arabia itself and some neighboring Gulf states. The shunning of Aramco is remarkable given its status as the world’s most profitable company. In 2018 it’s profits were $111 billion thanks to an ability to pump an average of 13 million barrels of oil daily. For context, the total US output is 10 million barrels daily.

The banker embarrassment didn’t end with roadshow cancellations. The much-hyped goal of the Crown Prince to list a company valued at $2 trillion was dashed with current valuations pitched at around the $1.5 trillion level. Without international participation, the number of shares is being scaled back dramatically to just 1.5% of the total share capital rather than the anticipated 5%. One suspects the subjects of the Saudi kingdom won’t have the luxury of negotiating valuations albeit they might get the opportunity to visit the Riyadh Ritz Carlton…

On a slightly more serious note there are a number of issues to consider for investors in light of this IPO push back. Aramco is no WeWork. It is a hugely profitable company with real assets, sovereign customers like China and the prospect of relatively high dividend yields in a zero interest rate world. It is easy to dismiss investor unease as a fear of being a minority shareholder in a Saudi state-owned enterprise or Aramco’s vulnerability in the unstable Middle East. Recent Houthi/Iran attacks on Aramco refining infrastructure will also bolster that risk factor in investor minds but we think there are bigger structural trends to consider.

Fossil fuel energy is in a long term downtrend in international financial markets. The US energy sector ETF (XLE) has almost halved in value in the past 5 years. In previous articles, we have referenced hedge funds which now consider climate change risks before every investment. Pools of capital are chasing renewable energy, electric vehicles, recycling, meat alternatives, etc. as the investment assets with future rising demand and returns. Oil is not part of the climate change future. In fact, Aramco alone has generated 4.4% of all the world’s CO2 and methane emissions since 1965. That’s some history. Here’s the misery chart for oil company investors over the last 5 years. 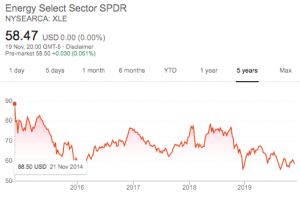 So there is definitely an environmental risk factor in most investors’ processes these days. However, that’s not the only risk consideration. The increasing popularity of ESG compliant investment (that’s Environment, Social, Governance standards) is not just driven by a sudden embrace of “good” corporate citizenship by companies and investing institutions alike. The other critical factor is that recent performance data suggests funds which feature ESG risk filters in their investment process are more likely to outperform.

The problem for Aramco and its outsized share of the Saudi economy was that investors have equated Aramco with the Saudi kingdom itself. The Saudi track record of repression of women, dissent, Shiite minorities and weaker neighbour states like Bahrain was a difficult pitch for the bankers to investors who would be minority shareholders in governance terms. The human rights atrocities in Yemen and the murder of WSJ journalist Jamal Khashoggi are the more lethal examples of societal tyranny listed earlier and would be red flags in any social or ESG risk evaluation.

Aramco is an extreme example of ESG failure given investors are now prepared to give up on attractive near term dividends. ESG will continue to grow in influence and actually start to impact valuations; think of it in terms of investor demand(ability to invest). Unfortunately for the oil sector, all the ESG trends are moving in the wrong direction. Climate comes first… and then the creditors.

Many oil and gas companies will in the not too distance future have their Riyadh Ritz Carlton “moment” with their lenders. Tears will flow rather than oil, but not so many from the planet’s citizens who will continue to battle extreme fire, flood and temperature events.

A Short History Of Investor Panic