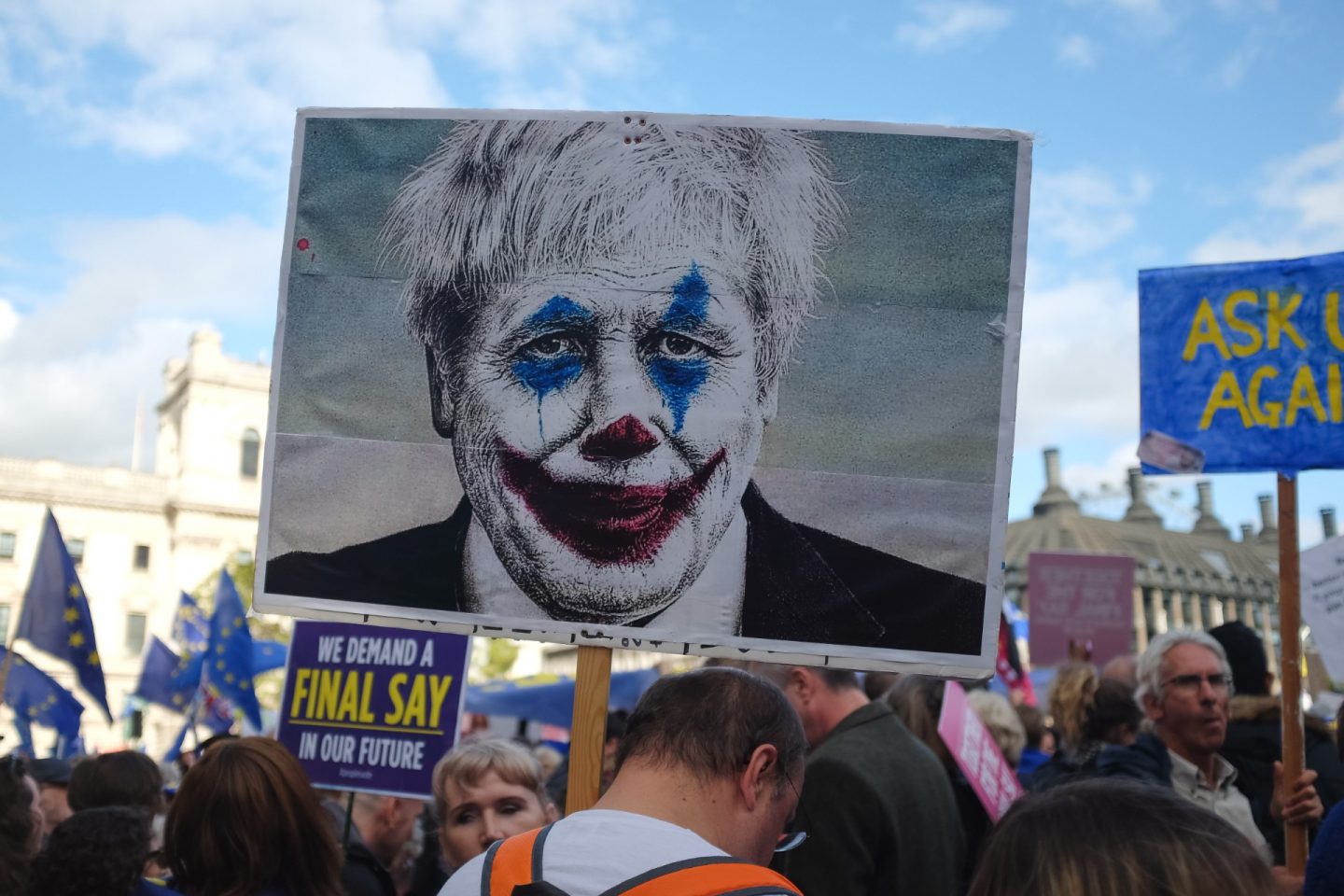 Ooooohhh that was quick. Can it really be four years since the UK voted to leave the EU? Well, we are nearly there. In January the UK will leave the EU, with or without a trade deal agreed, and three Prime Ministers later we shall all agree this is “Taking Back Control”. Or, maybe not. Financial markets are probably the best data points to measure how much control is expected to be achieved. The charts are less than flattering. One chart in particular caught the eye in the past few days; Bloomberg has highlighted the serial underperformance in all four years of the UK’s flagship index, the FTSE 100: 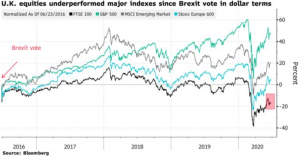 Yes, the performance is being measured in US dollar terms but then the 20% decline of the once proud Pound Sterling tells its own story of faded glory. It’s not just this writer flagging the ‘downgrading’ of the UK’s economic influence in global financial markets. As Boris Johnson shuts foreign aid departments and spends on new yachts and government jet re-sprays, one could only gasp at the following Financial Times headline in the recent days:

The analyst, Kamal Sharma, didn’t pull any punches – “trading conditions in the pound and the big swings in exchange rates make it a better match with the Mexican peso than the US dollar…..We believe sterling is evolving into a currency that resembles the underlying reality of the British economy: small and shrinking with a dual deficit problem”. The prospect of the Great British Peso would prompt giggles if it were not so serious. The delusion that Boris Johnson’s government are going to masterfully execute a post-Brexit trade deal is becoming more stark by the day and in danger of entering fantasy territory. Look no further than the latest gems from Johnson’s cabinet.

The embarassing policy U-turn on school lunches was apparently inspired by Daniel Rashford rather than the footballer, Marcus Rashford, according to health secretary, Matt Hancock. In fairness, Hancock will need a dose of Harry Potter magic to resurrect his career after the contact tracing app debacle. Not to be outdone, the doppleganger for Alan B’stard in the cabinet, Dominic Raab, reached into the fantasy vaults and credited Game of Thrones with the inspiration for taking the knee in the Black Lives Matter protests. Clearly, the Secretary of State for Foreign Affairs has his finger on the global pulse. What could possibly go wrong with a complex Brexit negotiation?

The exceptionalism of the UK and US has been an accepted positive feature of geopolitics for decades but the twin challenges of CV-19 and globalism in trade have revealed a more malign, nationalistic application. As the Donald announces restrictions on H-1B visas for high skilled personnel and Boris considers a paint job for “Air Farce One”, both countries are breaking all the wrong records in containing a global pandemic. Exceptionalism now means exceptional incompetence. But, where does that leave “Brexit Means Brexit”?

The honest answer is nobody knows but we will know a lot more before January. The Japanese have just given the UK government 6 weeks to negotiate a post-Brexit trade deal. The mind boggles. As we watch the UK Prime Minister being mauled on a daily basis in Westminster by opposition leader, Keir Starmer, and his forensic demand for answers/truth one wonders how the detail-oriented Japanese will cope with the sheer vacuousness of the Number 10 clown car during negotiation. The tragic cast of Gove, Raab, Rees Mogg etc. in the same Brexit chariot of delusion only adds to very real fears of a bad Brexit.

Financial markets have already voted. Global investors in currencies and equities have priced real economic damage rather than the fantasy that Harry Potter magic or Tyrion Lannister cunning will appear at the trade negotiation tables. It will all become very real if the debt markets take fright. UK national debt levels are now more than 100% of GDP. If bond markets move, they will move very very fast. There will be no time for test drives and eye-sight checks. Just a sad Chernobyl reminder of how lots of little lies can incur a very large debt to the truth…..