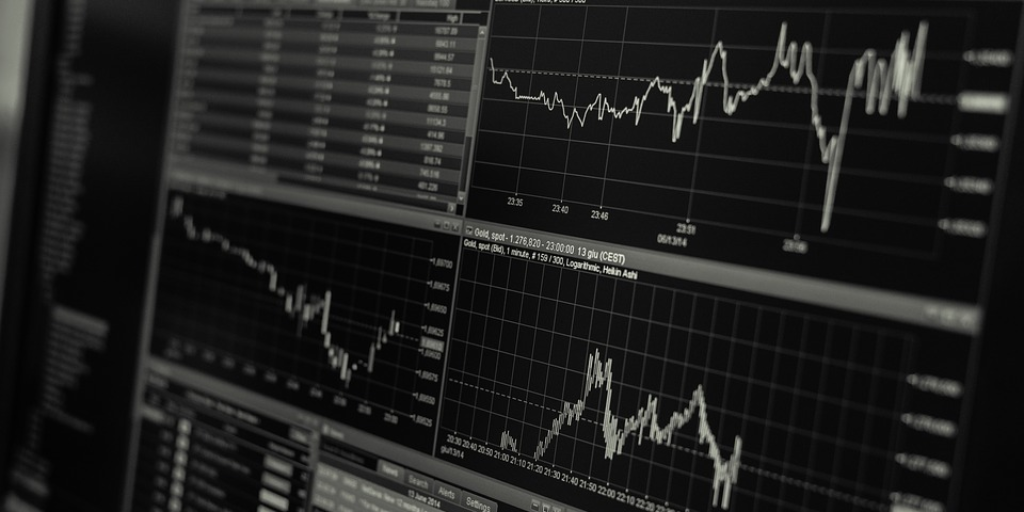 Those parents anxiously awaiting CAO course offers for their children this week might have been taken by surprise at the huge number of points(601) required for admission to the Economics and Finance course in UCD.

Observers of financial markets might be even more bemused.

The recent financial headlines may be dominated by gold, negative interest rates, recession worries and trade wars but there is a more worrying financial trend which has been developing over a much longer period.

The following chart is considered by a number of highly experienced market professionals as the most important risk signal in the world today: 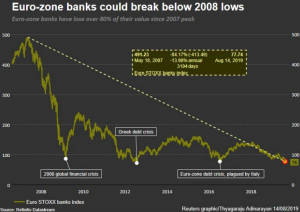 Irish readers will have very vivid memories of the 2008-2009 banking crisis. However, flashbacks are about to become more graphic now that Eurozone bank share prices in aggregate are revisiting the catastrophic lows of 2008.

The long-run carnage visited upon European banking shares is quite staggering with prices on average down 84% from levels in the halcyon tiger days of 2007.

Unlike short term foreign exchange moves or gold price spikes, this type of multi-year share price decline is indicative of a structural change in the banking business model and begs the question what will “finance” jobs look like 10 years from now?

As market traders return from the beaches to their desks, and if this daily evaporation of banking equity continues, we can quite quickly expect headlines about Bank A, B or C sounding out market advisors about raising capital.

The ugly truth is that European banks with wafer thin equity values will be perceived as having too little capital to support enormous asset bases. And, assets in  banking terms means loans.

Think about French mega-bank, BNP, with equity values of €56 billion supporting an asset base of €2.2 trillion. Or how about the German car-crash, Deutsche Bank, with €12 billion equity supporting just the €1.4 trillion of assets.

We are one shock(Brexit?) away from some very panicky banking days.

For those that believe Europe’s banking problems are the result of ultra low or negative interest rates, think again. Low interest rates definitely don’t help profit margins but the major driver of banking zombiedom is the failure of banking authorities and managements to deal with problem loans post the 2008 credit freeze.

This writer, from a previous life on Japanese trading desks, would be keen to remind readers that Japan’s banks really only started to disappear/collapse 10 years after the initial Nikkei collapse in 1989.

For a more graphic reminder of how Japanified the Eurozone banks have become this Reuters chart is rather good at showing how closely Europe’s banks have tracked Japan’s since 2012 and how similarly the market now values both regions’ zombies: 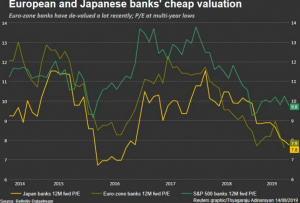 On a more positive note, Irish banks were forced by the ECB/IMF to take a lot of pain in the early days of GFC and, while not out of the woods, are possibly in better shape then many other European banking names.

Of course, a sick European banking system is not good news but, again, on a more positive note the emergence of digital business/financial platforms has democratized finance significantly.

Grads out there, the good news is those economics and finance degrees will more than likely be employed by new types of financial platforms. Who knew five years ago Alipay would have a billion customers?

Furthermore, if the banking system continues to shrink, expect equity crowdfunding platforms to play a much more significant role in funding young businesses.

Business owners should also be paying serious attention to building future “banking” relationships and could do worse than consider trial crowdfunding campaigns as an introduction to same.

So it’s not quite Japocalypse Now….. but keep watching that chart.