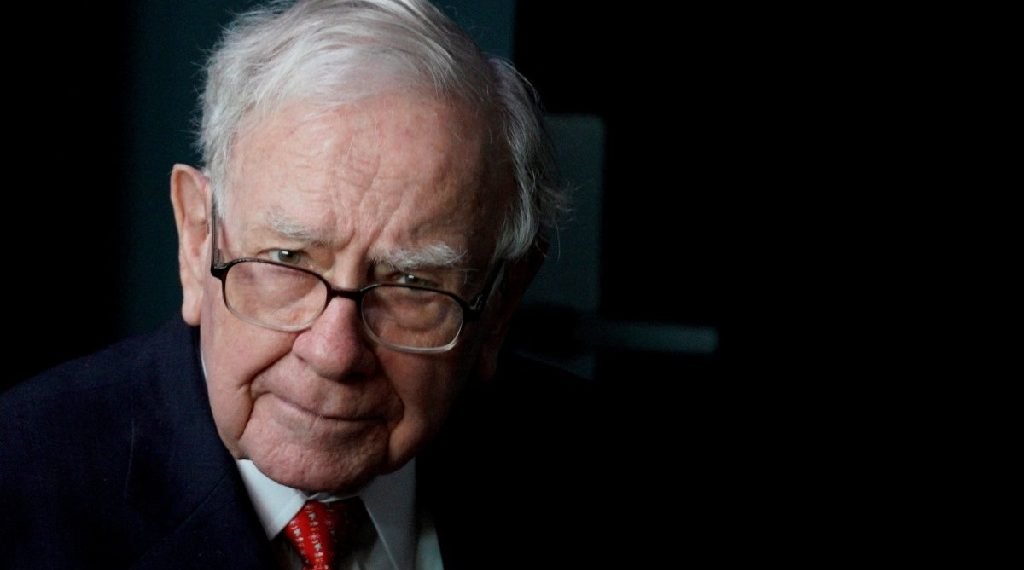 It is amazing how a new series of Love Island can prompt such profound existential questions. Were Conor’s teeth stolen from the Fleabag make-up department? Will apprentice Lord, Ollie Williams, confess to predatory trophy hunting of wild animals before the Gale twins entertain his drooling advances? Profound questions indeed but these still couldn’t better contestant Callum Jones’ query as to whether the twins were both 20 years old. Yep, the twins bit was the clue Callum. While we pine for the return of the Teletubbies for intellectual stimulation let’s move on to another more serious question bothering us last night.

The world’s most famous investor, Warren Buffett, is currently sitting on $128 billion of cash and we are wondering why he isn’t listening to President Trump. The White House is telling us the US economy is in the best shape of its life. Thankfully this observation stands up to data scrutiny better than the medical opinion of the doctors looking after the Orange Toddler. Consumer confidence is high as the US enjoys full employment, record Wall Street highs, low-interest rates, tax tailwinds and energy independence. What’s not to like about that?

Well, Warren has been doing this investing thing for a very long time and he doesn’t need the instant gratification or performance required of more youthful investment houses. However, we were struck by the fact that Buffett’s last big deal was in 2016. Back then during a ‘socialist’ Obama administration, he splashed out $32 billion on industrial player, Precision Castparts. It must irk Trump that the Sage of Omaha has failed to endorse his presidency with a big deal. An unusual experience as this may be for regular readers, we are reluctant to pin Trump with the blame on this occasion.

In this particular instance it would seem that very large companies are pretty expensive at the moment. And Buffett needs to do big deals to really move the performance dial. In his most recent annual letter to shareholders the Berkshire Hathaway chairman admitted that “prices are sky high for businesses possessing decent long-term prospects”. A few other things also probably bother Warren.

Over the years he has been very fond of monitoring the relationship between the total value of the US equities markets and the US economy (GDP). The current measure of that relationship indicates a market valued at 157% of the GDP of the US, according to Wilshere index data. That is high by historical standards and compares to a 137% figure just before the credit crisis in 2007. Buffett is typically uneasy when the market goes over the 100% mark. So, that certainly must be weighing on his mind.

He will also be noting that the global equivalent stock market value of $88 trillion (record high) amounts to 100% of global GDP. Furthermore, Buffett understands the role of credit/debt. Ultra-low global interest rates are rocket fuel in the short-term but excessive leverage can come back to bite investors very badly. Current IMF estimates of global debt are closer to $260 trillion. A debt pile almost three times the size of equity funding the global economy can certainly be described as ‘leverage’.

Before we spook the horses it is important to point out that Buffett, due to Berkshire’s size, is nowadays forced to do very large deals. There is a school of thought that excessive valuations are concentrated in the very large market capitalization stocks. As an illustration, just 5 stocks (Apple, Microsoft, Facebook, Google and Amazon) accounted for a quarter of the S&P 500’s 26% gain in 2019! On top of those elevated valuations Buffett would also have to pay a premium to execute a buy-out. Now consider the estimated $2.5 trillion of private equity money sitting on the sidelines competing with Buffett to do deals. Low-interest rates and great tax deals are fueling great exuberance at private equity houses. However, it is worth considering one of Buffett’s more famous pieces of advice, “ Be fearful when others are greedy, and greedy when others are fearful”.  Just recently Buffett was outbid by private equity house, Apollo,  in a relatively small $6 billion deal for Tech Data Corp (TDC).

Perhaps readers should take encouragement from Buffett’s attempts to take smaller ‘bites’ like TDC. In fact, it is interesting that the US index which tracks smaller companies, the Russell 2000, is at exactly the same levels as it was trading at two years ago. There appears to be more worry and fear in the smaller companies’ world. Now hold that thought and think about Buffett’s patience and requirement for ‘value’ as a margin for error. How heartwarming it would be, as Love Island envelops our consciences and sanity, that smaller companies could begin to feel ‘the love’ of investors in 2020.

If you enjoyed this blog post, then you should check out our other great content by clicking here!