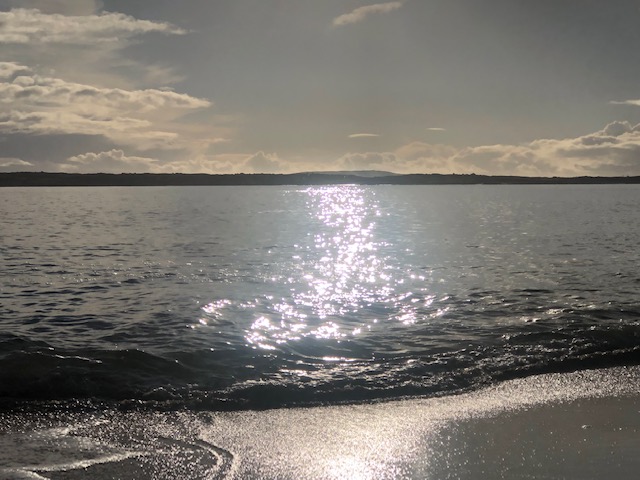 Relax, it’s all sorted. Ignore your eyes and ears. Just pick up the Daily Torygraph and you’ll read that Rishi Sunak has worked it all out. Yep, as the UK economy and health service crumbles, the front page headline declared “Maths at the heart of PM’s vision for Britain”. And if you thought somebody in editorial had just lost their marbles you’d be nearly right. The next front page article in the Tory organ covered the potential return of the Elgin Marbles to Greece. Not to be outdone on the numbers front, Ireland’s Minister for Health, Stephen Donnelly, has been on the airwaves telling us hospital overcrowding is “likely to get worse” but that his “models” can’t something, something, something…. won’t help. Models, righto. I could scream population, demographic and hospital bed number changes(or not) but that would depress. Instead, I’m going to look at some numbers(data) and suggest the consensus number for 2023 could be misleading. Yep, the consensus view of a 2023 recession based on projected negative GDP growth doesn’t really add up, on lots of levels.

Firstly, in pure numerical terms the IMF is forecasting 2023 global GDP growth of just 2.7%. The Western-centric commentariat will point out that the IMF is saying advanced economies will only progress at an anemic 1% pace, with some negative GDP quarters implicit in that number. Let’s be clear, this year will be tough on economic growth and there will be suffering at an individual and community level. However, we should not lose sight of that global 2.7% growth number. How about the most populous country on the planet? Not China any more….. on April 14th India and its 1.425 billion inhabitants will become the world’s biggest consumer market in people terms. Oh, and the IMF expects India to grow its GDP by 6.8% in 2023. So, we need to put our “global glasses” on and consider the bigger maths, like we did in our piece “The Best People Investment In The World”. We also need to think beyond GDP.

The GDP metric measures economic output. But what about national wellbeing? New Zealand has been in the forefront of the Wellbeing Economy Alliance of nations(Scotland, Finland too) looking to expand its national ambitions beyond just financial metrics of success. Of course, the challenge is how to measure progress in battling the challenges of housing shortages for younger people, the climate emergency, income/asset inequality and healthcare access. Arguably, there have been further reverses rather than progress in recent years and yet 2023 could bring positive opportunities. I would be looking at two areas in particular.

As an illustration of the potential of a positive ‘net’ result, we should note the big loser in 2023 was the technology sector. The Big Tech 5 alone(Amazon, Apple, Facebook, Google, Microsoft) lost almost $4 trillion of value during 2023, and Time Person of The Year 2021, Elon Musk, looks like he’s Twitter-driving Tesla to a $1 trillion valuation implosion. Tesla is down $800 billion already from its peak value and this week dropped ‘a Twitter’, or $50 billion of value, in just one trading session. A blue bird in the hand is worth…… who cares says most of the planet. Actually, most people care about the planet surviving and a tech re-set is not necessarily a bad thing. As always, in euphoric investment phases with almost free money(zero interest rates), there’s a danger investment capital can be wasted on poor returning assets, or even no-returns assets. So, the good news about a cooling of investment giddiness in “attention tech” is that “green tech” will not be crowded out and can actually benefit from a change in investment flows. In a previous article “Technology Winter? Dream On!” we wrote the following:

“In late October €3.5 billion of debt funding was secured to build a hydrogen-powered steel plant in Northern Sweden. Operations at the H2 Green Steel plant are expected to start in 2025 and targets 5 million tonnes of steel production by 2030 with a 95% reduction in CO2 emissions. Exciting times and good to see Europe taking the lead on hydrogen but you ain’t seen nothing yet. Current estimates of the capital investment required for the global economy to shift from fossil fuels to cleaner energy over the next 30 years is in the region of $275 trillion. That’s more than $9 trillion every year for the next thirty, or more than the combined annual GDP of Japan and Germany!”

The enormous shift of capital from fossil fuels to green energy is possibly the biggest capital markets story of our lifetime. The numbers are staggering, but also critical to the survival of the planet. Just this week Ireland is issuing a sovereign ‘green bond’ worth €3 billion which will invest in climate-urgent projects. There will be many more in global bond markets in the coming years and much of it will end up in green tech. That’s a positive, and could indirectly lead to a comparative review of the wellbeing impact of our ‘attention tech’ sector. As teen screen-times rocket into double-digit hours per day usage, investment capital and ESG guardians would do well to consider the ‘sustainable’ credentials of the attention tech sector and view the damage already done. Mental health is an obvious casualty and difficult to quantify but what about democracy?

Between 2017 and 2021 the number of people with democratic rights plummeted globally from 3.9 billion to 2.3 billion. So, it wasn’t just Jackie “no authority here” Weaver experiencing oppression…. Sadly, Handforth Parish Council probably won’t receive much media attention for its efforts to restore democratic stability but the good news is that 2022 was a very bad year for autocratic regimes. It feels like there are only so many untruths social media can carry….before citizens and reality pushes back. Consider the following developments:

China: The official Covid-19 death toll for the Middle Kingdom since December is ….. 22. The only problem being that there are numerous media celebrities, musicians, actors and scientists who are dying at a supra-normal rate. President Xi’s authority was challenged by the November lockdown protests but the policy reversal to open up society looks like a potential healthcare catastrophe. Expect scrutiny of Xi’s authority to increase dramatically.

Russia: The wipe-out of an entire generation of Russian military equipment as the Ukrainian invasion moves from a 3 day promise to a 313 day disaster has weakened Putin domestic credibility. However, as yet another oligarch falls out a hotel window(in India), one wonders how long before Russian history repeats itself and citizens remove their leader.

Iran: It’s more than 100 days since anti-government protests began in Iran after the police detention death of Mahsa Amini. We haven’t seen demonstrations like this since the Islamic revolution of 1979, and the protestors come from all demographics. Five hundred deaths and two post-trial executions will keep 2023 very tense and it is unlikely that a proposed relaxation of hijab rules by Supreme Leader Ali Khamenei will put the freedom genie back in the bottle.

US: The Republican party is now tearing itself apart, held hostage by right wing extremists refusing to vote for leader Kevin McCarthy as Speaker of The House. This Speaker position is the 3rd most powerful in US politics and not even the endorsement of the Mar-a-Lago Trumpolini can persuade the wannabe autocrats to tow the line.The Republicans will have to vote for a 7th time at least(this hasn’t happened in a hundred years) but not even Fox News can cover up the fact that the party of Trump is making a habit of election and democratic denial.

It might seem strange to include the US in the list of developments above but Republican chaos is relevant to the fightback of liberal democracy as a concept. Not long ago Putin and Xi were sneering at the challenges experienced by liberal democracies, and measuring their own autocratic success by citing GDP growth. They also had their populist fanboys with the likes of Farage, Carlson, Orban and Trump eager to mislead. Indeed, Trump was not alone in Republican circles to display enthusiasm, even admiration, for more autocratic versions of government. Now that we know Trump is not very rich(tax returns), definitely puts America second(state secrets for sale) and is a serial loser(2018, 2020 and 2022 elections) there is a real chance truth and democracy can recover the lost ground of recent years.

As a final thought, maybe truth making a comeback would be the biggest win of all. We shall see but we can begin the calendar year by stating that GDP growth should not be how we measure the success of 2023. A world with more freedom, improved share of wealth, massive green tech investment, cheaper housing and more disciplined investment would add up to a pretty good outcome for 2023. And, you don’t need Rishi ‘maths’ or Donnelly ‘models’ to work that out.