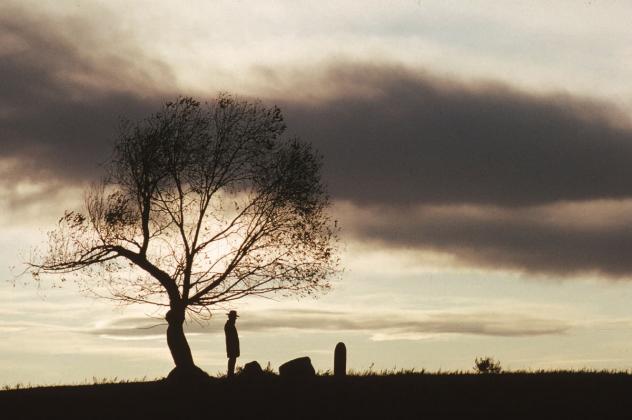 Emotions can just creep up on you. Particularly, if the event is unfamiliar. I didn’t think watching my son’s final football match as a schoolboy would hit so hard but, then again, I had no prior experience. First world problems, eh. However, in the wider world it looks like we are about to experience a relatively unknown financial phenomenon for anyone born after 1982. The headlines featuring ‘inflation’ are not new and we certainly have seen them appear fleetingly before – recall Iraq invading Kuwait in 1990 and $140 oil prices in 2008. However, a sustained period of inflation or, more specifically, the perception of non-transitory inflation could be an enormous emotional test case for the vast majority of business leaders and financial traders who frankly have never seen sustained inflation before. First, we should look at the data and then we can consider the likely emotional responses.

The US, the world’s largest most technologically advanced economy, is experiencing inflation rates of 7.5% which have not been seen for 40 years. When one starts to hear market rumours of emergency Fed interest rate hikes(yes, hikes not cuts) over the coming weekend then you know we are into unfamiliar emotional territory. Readers might be aware of reasonably rough stock market performances so far this year but in an important pocket of the debt markets, the municipal bond market, is having the worst start to any year on record. And, it’s not just the US seeing record data points.

The most inflation-paranoid country on the planet, Germany, is seeing wholesale prices for raw materials and intermediate products rocket by 16.2% year-on-year. Meanwhile, the world’s largest container shipping player, Maersk, is predicting another year of bumper profits due to continued backlogs in ports and other bottlenecks. This is not just a business or markets problem. It’s a political problem with both the UK and Irish governments desperately trying to intervene directly in energy markets to placate voters in recent days. In some ways, the data points and actions above are reactive or defensive. What I believe might be a more powerful and dangerous emotional response would be the anticipation and opportunism of a long period of time where prices of goods and services continue to rise. Let’s start with two numbers and think about the emotions of various stakeholders.

First, the stark reality of a 7.5% inflation rate is that the purchasing power of a $1 million savings pool loses $75,000 of value each year. That’s almost like giving away a Tesla each year! Second, if your business is experiencing wholesale cost rises of 16% then $1 million of sales is about to see $160,000 of annual gross margin evaporate. And, that’s before the workforce start to get agitated which is one of the four key stakeholder responses worth watching very closely. Keep an eye on the following:

Please note these are what I would describe as “anticipatory” responses. That’s the problem with inflation – it is the perception of the future which changes behaviour which, in turn, drives prices higher again. This has been the traditional fear of central banks. If one is “behind the curve” the consequences are difficult to reverse. However, on that pessimistic note I do believe the passage of 40 years has brought some new positive factors to the situation.

Globalisation: The incredible levels of inter-connection in the global economy of course leaves it vulnerable to external shocks(see credit crisis 2008, Covid 2020) but this also means it can be very quickly responsive to supportive actions. Supply chain issues may be more transitory than you think.

Technology: The inflation fighting capacity of technology is possibly best captured by variations of Moore’s Law which tells us the power of technology doubles while dropping in price on a regular basis. A Google mate and mentor of mine recently gave me a fascinating book “The Future is Faster Than You Think” (P. Diamandis & S. Kotler) which suggests there is a wave of technologies in existence(AR, AI, blockchain, 3D printing, digital biology etc) which are now converging to change our lives very very quickly. For the purposes of this article, if we think about hospitality labour shortages(inflationary) I can think of at least two companies I have met recently whose technology will transform the cost base of bars and restaurants.

Climate Emergency: Yes, BP and Shell announced $25 billion of profits in the past week. However, I do recall a theory put forward by a former colleague and Irish Times scribe, Chris Johns, on how high energy prices can backfire on the fossil fuel industry. He strongly believed Saudi Arabia’s attempts in the post-GFC years to lower oil prices with massive production was to kill off investment in alternative energy sources and delay the day of reckoning for fossil fuels. The current energy price crunch should be considered a potential impetus to drive further investment in planet-friendly fuels. Note France have just announced the build of 14 new nuclear reactors. Expect the shift away from fossil fuels to accelerate if high prices persist(and then collapse).

The days and weeks ahead will be interesting to watch and anxious ones for business owners and financial traders. However, my sense is that the short term price/market action will be more violent than the inflation outcome. The 1970s inflation playbook is out of date but no doubt will feature in the binary forecasts of the commentariat out there. There will be more emotion too.

Funnily enough, just after that final match mentioned in my introduction I went home and listened to the theme music of Clint Eastwood’s 30 year old classic Western “Unforgiven”. Like Eastwood’s deconstruction of the traditional vision of the American West, inflation might be about to rip up the 1970’s inflation playbook too. One final observation for the value investors out there; the gunslinger protagonist of the movie, William Munny, “a man of notoriously vicious and intemperate disposition” sold his property and disappeared with the children…. “some said to San Francisco where it was rumoured he prospered as a dry goods merchant under a different name”. Sold property, bought stuff. Hmmmmm.