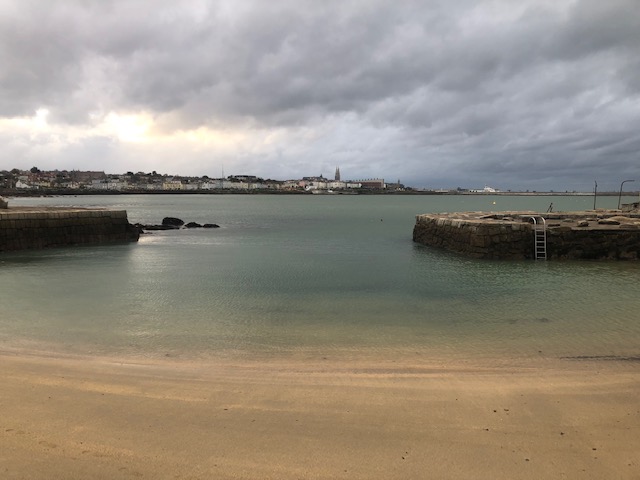 Perhaps it’s the 19 degree heat in mid-November but this week has gone crazily off script. Mostly, in a good way. For topsy turvy context, let’s remember how the week started. We were bracing ourselves for thousands more Big Tech lay offs, a Republican ‘red wave’ of wins in US midterm elections and another red hot inflation report(CPI) from the US. Well, it didn’t quite pan out as the expected fright-fest but let’s start with the bad stuff.

The Big Tech sector is in full confessional mode as it cuts costs and people. Mark Zuckerberg’s Facebook/Meta platform followed the likes of Stripe, Zendesk and Lyft with a 13% cut to its workforce and a dollop of contrition about over-estimating growth. Of course, the jury is still out on Zuck’s $250 billion spendathon to crack the Web3 metaverse but he might be quite relieved that developments elsewhere in the Web3 world have totally stolen the show this week.

As I write, the second biggest crypto exchange in the world, FTX, and its sister trading company, Alameda, have filed for bankruptcy in the US. The story developed with astonishing speed after a spat between FTX founder Sam Bankman-Fried, aka “SBF”, and Changpeng Zhao, aka “CZ”, the founder of the world’s biggest crypto exchange, Binance. A threat to sell proprietary FTX tokens held by Binance spiralled into a run on FTX’s client accounts which revealed a much much bigger problem. FTX’s client funds were not where they should have been. The bankruptcy filing is referencing total assets and liabilities of “$10 – $50 billion”. That’s quite the range, and gives a shocking indication of the size of the probable “hole” in the accounts. The short version of this story (guaranteed blockbuster movie material) is that FTX, which was raising money at a $32 billion valuation in September, is now in negative value territory – even its biggest rival, Binance, walked away from a coin-like $1 purchase. Furthermore, SBF’s wealth has cratered by $15 billion to zero and some reports suggest his personal owings are more than $600 million. The criminal implications of misplaced client monies are another potential threat to SBF but he’s not the only big loser with over-inflated assets facing the threat of prison this week.

The so called ‘red wave’ of Republican/GOP wins in the US midterm elections just didn’t happen. Vote counts are ongoing but the expected 30 seat majority for the GOP in the House of Representatives has seen steady downgrading of expectations as vote counts complete. So much for 85% pollster probabilities. The Senate is probably going to stay in Democrat control but might need a Georgia run-off vote in December to seal the deal. However, the breaking Friday news is that the Democrats might even tie or be within one seat of the GOP in the House! Wow, just wow. The GOP circular firing squad has already assembled and there is a consistent theme to the blame game. Not only is Donald Trump not very rich, he’s a consistent loser of elections in 2018, 2020, 2021 and now 2022. Stunningly, the once-sycophantic New York Post has turned on its Orange overlord with a screaming “TRUMPTY DUMPTY” front page headline. Even better, Trump’s own overlord is having an embarrassing week too.

The sight of Ukrainian flags being raised in Kherson, the only big city capture by Russia in the original invasion, is a stunning reversal for Vladimir Putin. But, there’s more. Mild European temperatures are killing EU natural gas prices which have fallen by 65% since August. It’s early days yet but the inflation news was much better than feared in the US too. A CPI showing annual price inflation closer to 7% than 8% was not exactly a whoop whoop data point but did prompt a whopping 7.4% bounce for the battered tech-heavy Nasdaq index. In China, tech names did even better but this might have been boosted by evidence of China relaxing its Covid-19 quarantine policies. Again, it’s early days. But, not so for our climate or planet.

The global summit on the climate, COP 27, would suggest we are on our 27th attempt to get world leaders to act like this is a decades-old emergency. Rishi Sunak , the UK’s new PM, wasn’t even going to bother to go to the summit in Egypt as his government dealt with the enormous planetary challenges presented by ‘I’m a Celebrity, Door Matt’ and ‘I’m a Bully, Black Knight Sir Gavin’. Happily, Sunak was able to finally attend and conceal any Pythonesque scratches to his credibility. More seriously, the knock-on effect of the ‘red wave’ in the US elections turning into a ‘red dribble’ has strengthened the Biden administration’s agenda for clean energy investment; and reduced the fears of a fossil-fuel legislative fight back by the principle-free GOP leadership. The opportunity for Biden to be bold in driving climate action has been massively strengthened by the best midterm election performance by any president in 40 years and the credibility of driving the most significant US industrial policy action seen in 50 years with the CHIPS & Science Act.

Biden the Bold. Whoodathunk? Maybe the youth. They’ve just turned out in record numbers to vote in the midterms and shattered the ‘split nation’ narrative with a 65% leaning to the Biden blue side of the aisle. Wow, what a week but there is some light….just look up!