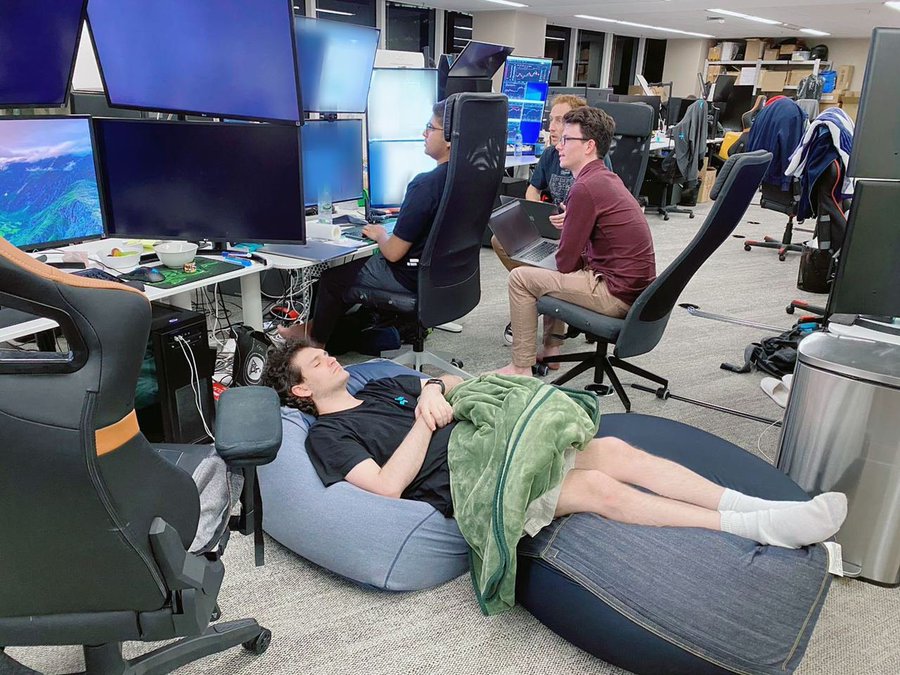 I fell for it. I even wrote about it. Only a few weeks ago I thought the news that crypto exchange, FTX, was raising money at previous valuation highs was a positive for the tech and Web3 sectors. The valuation then? Just the $32 billion which has now vaporised to zero with up to 1 million individual creditors. Enough has been written on the crazy-quick chronology of events leading to the blowing up of FTX so I will leave that to others. However, it would be a mistake to dismiss this as a crypto-specific misadventure for FTX investors and customers bamboozled by a new technology and fantasy-level opportunities. In fact, this isn’t really a technology story. It’s a human one containing lots of old and familiar lessons which I believe need repeating. But, a brief background might help.

FTX was a trading platform which matched buyers and sellers of digital currencies and related/ derivative products(eg. Bitcoin, Ethereum, Dogecoins, Luna, tokens etc). Think of the London Stock Exchange(LSE), the Nasdaq or the New York Stock Exchange(NYSE) and you’d be thinking of very similar business models. Customers (traders) set up monetary accounts on these platforms to settle the purchase and selling of securities which the platform’s technology (“the exchange”) facilitates by matching buyers with sellers. On each transaction the counter-parties don’t just exchange the monetary consideration agreed, they also pay a commission to the platform/exchange for its matching services. However, FTX had one large customer, Alameda Research, which the FTX founders also owned. Alameda was like a Goldman Sachs dealing on the NYSE. It was an investment house, a trader, and many of FTX’s customers took the additional option to invest their digital assets with Alameda who were promising guaranteed returns of 15% plus. Okaaaayyyy. Let’s begin with the lessons.

Fraud: The concluding chapter of the tried and trusted platform/exchange model above was that when customers tried to draw down on their accounts at the FTX exchange last week there weren’t enough funds to meet demand. Simply, customer assets which should have been segregated and kept safe on the exchange were not all there. The gap(the “hole”) between customers’ contractual assumptions and reality is in the region of $8-10 billion. Now, given the exchange wasn’t trading its own book/account or subject to a catastrophic operational issue, this mismatch between assets and liabilities suggests a likely fraud. However, before we jump into holier-than-thou admonishments and told-you-so crypto bashing cynicism we should note the heavyweight investment firms who fell for it too. Check out Singapore’s sovereign investment arm, Temasek, who did 8 months due diligence, or serial winner Sequoia, or Softbank, or Tiger Global, or Blackrock, or Third Point, or the Ontario Teachers Pension Fund. Yes, teachers’ pensions. So, these were the investors with big due-diligence/research teams and they were believers. The sad truth is that fraud is sometimes difficult to see irrespective of whether there is regulatory oversight or not. Does that mean investing is only for the big guys given the dangers of fraud? No, because there are more lessons in this tale.

Finance: We have written so many times about the dangers of a business model dependent on “other people’s money”. Clearly, the financial sector itself is a classic dependant on external capital. That includes even the most conservative business models, even exchange-type platforms. Financial businesses should command greater scrutiny before investing because of the funding linkages in the financial world. Credibility, credit and trust are critical in the financial sector so the appearance of good practice is absolutely critical. The absence of conflicts of interest is also a must-have. FTX failed that test. The FTX management/founder team’s 100% ownership of its biggest counter-party, Alameda, was a red flag. Furthermore, both FTX and Alameda used their own currency/token, FTT, as assets on their balance sheets. Whatever your views on the “valuation” of digital assets there is very good reason why regulators are very strict about cross-shareholdings between financial institutions. The temptation for one or both entities to collude in inflating or supporting the price/value of an instrument issued by(created by) either party is way too strong, particularly in times of financial stress. Alarmingly, FTX and Alameda didn’t just share “equity”, or tokens, on their balance sheets they used these digital assets to secure credit from other trading counter-parties…….. lots more credit.

Funding: Promises, promises, promises. Remember those 15% guaranteed returns we mentioned earlier? In a world of historically low interest rates(returns) double-digit returns could have been filed in the “too good to be true” category of promises by an investment firm….. unless the firm planned to fund those promises/returns in more creative ways. The first way is legitimate but hugely risky – employ leverage. This use of debt to increase the size of an investment relative to the original stake/equity has a long history of wiping out the entire capital of investors, companies and even banks. The second way to fund a promise you are struggling to keep is to use money that was never intended to be invested or borrowed to increase a bet. That’s usually illegal but can be hidden for considerable periods of time. Bernie Madoff did it for years, but FTX? We don’t yet know all the details but we do know that returning X % of an original investment is a lot easier when the value of an asset is rising. Now think about digital assets/crypto in 2022 and prices falling 60-70% from 2021 highs. That’s tough going but it gets worse. And, again it should have been an investment red flag. Digital assets don’t have yields, income, dividends, coupons etc. They are pure capital (gains) plays and yet FTX and its bad sister Alameda were promising double-digit percentage returns. Lesson number 3; promising returns on assets(digital assets) which have zero yields needs funding generated by lots of leverage, or lots of price appreciation, or…. lots of fraud.

Founders: I haven’t mentioned yet FTX founder, Sam Bankman-Fried,  but he’s a critical element to the investor trust story. In fact, ask any experienced venture capital professional and they will immediately identify founder credibility as the key swing factor in an investment. Bankman-Fried had his own “SBF” nickname and the title “King of Crypto” but it was the other details in his bio which sucked people in. The shared apartment with friends in the Bahamas, the Toyota Corolla car, the crusade for effective altruism, the lobbying for sector ethics and regulation plus the rescue of distressed crypto businesses drove a particularly persuasive narrative. For me, anyway. However, I never really looked past SBF and checked out his co-founding team. I think I would have been a little underwhelmed. Would you? Lets see what you think of the following:

Founders often reveal themselves in the calibre of the team around them. SBF surrounded himself with groupies (at best) who are likely to regret details of their actions in the FTX Chapter 11 bankruptcy filing.  It would appear the groupies were happy to lend their leader $3.3 billion from Alameda which SBF had secretly pumped with FTX client monies. Not exactly the circle of trust. Clearly, too many people including me were only looking at SBF with his floppy hair and flip flops. Reviews of investment processes for the professional institutions will be brutal.

The Ontario Teachers Pension report will probably read “can do better” but might not stave off litigation. Such is the due diligence expectation of institutional research departments. For retail investors, the reality of the four ‘F’s lesson above is that fraud is a real risk in investment which even the big boys and regulators can miss. However, you can reduce risk by giving greater consideration to the three other ‘F’s in your due-diligence:

As I write, the contagion from the FTX implosion continues. There will be numerous additional corporate casualties in the crypto universe and the blow to confidence in the digital asset/blockchain sector will be immense. That’s disappointing but I suspect the longer run post-mortems will be kinder to the technology than the humans.

Indeed, the FTX artificial inflation of assets and complex cross-holdings/conflicts does remind me of the 2001 collapse of energy trading giant, Enron, which ultimately brought down the mighty Anderson accountancy franchise. So, how strange it is to see the lawyer who oversaw Enron’s bankruptcy proceedings to be appointed as the emergency restructuring CEO at FTX. Step forward John Ray III who actually thinks the FTX fraud is worse than Enron…

“ Never in my career have I seen such a complete failure of corporate controls and such a complete absence of trustworthy financial information as occurred here. From compromised systems integrity and faulty regulatory oversight abroad, to the concentration of control in the hands of a small group of very inexperienced, unsophisticated and potentially compromised individuals, this situation is unprecedented”.

Interestingly, he’s putting it all on the humans not on the technology. What’s new?